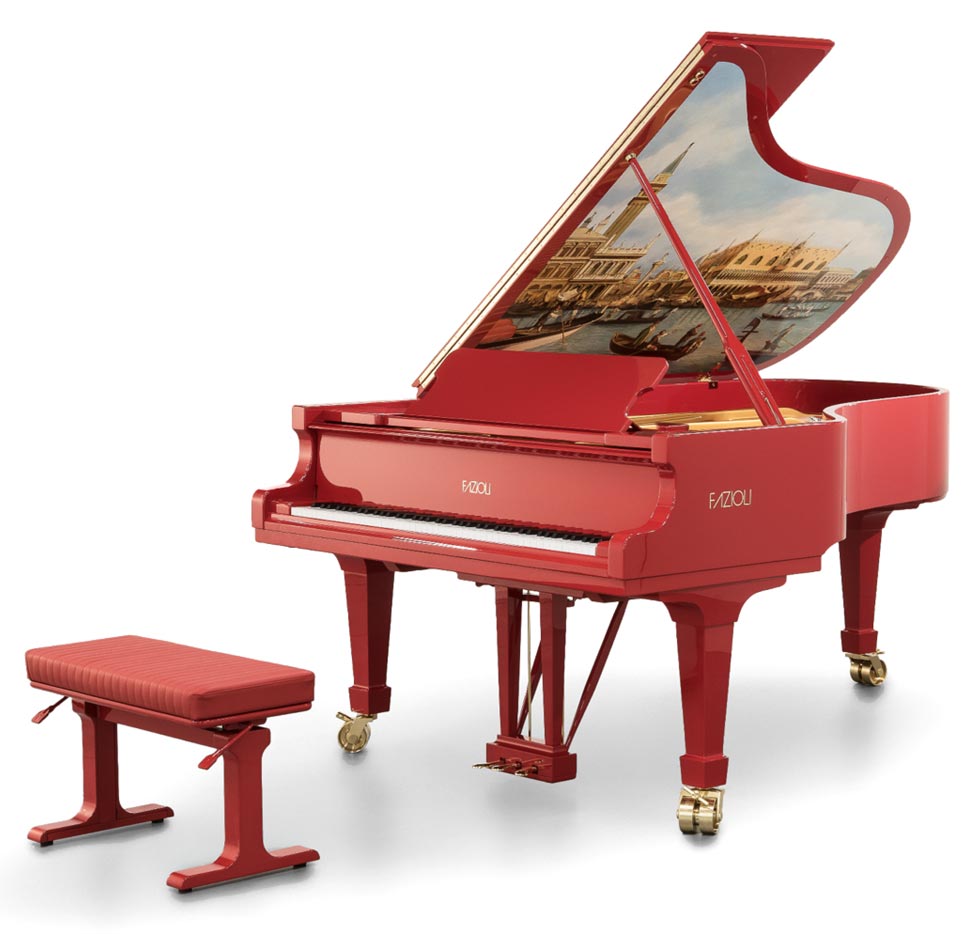 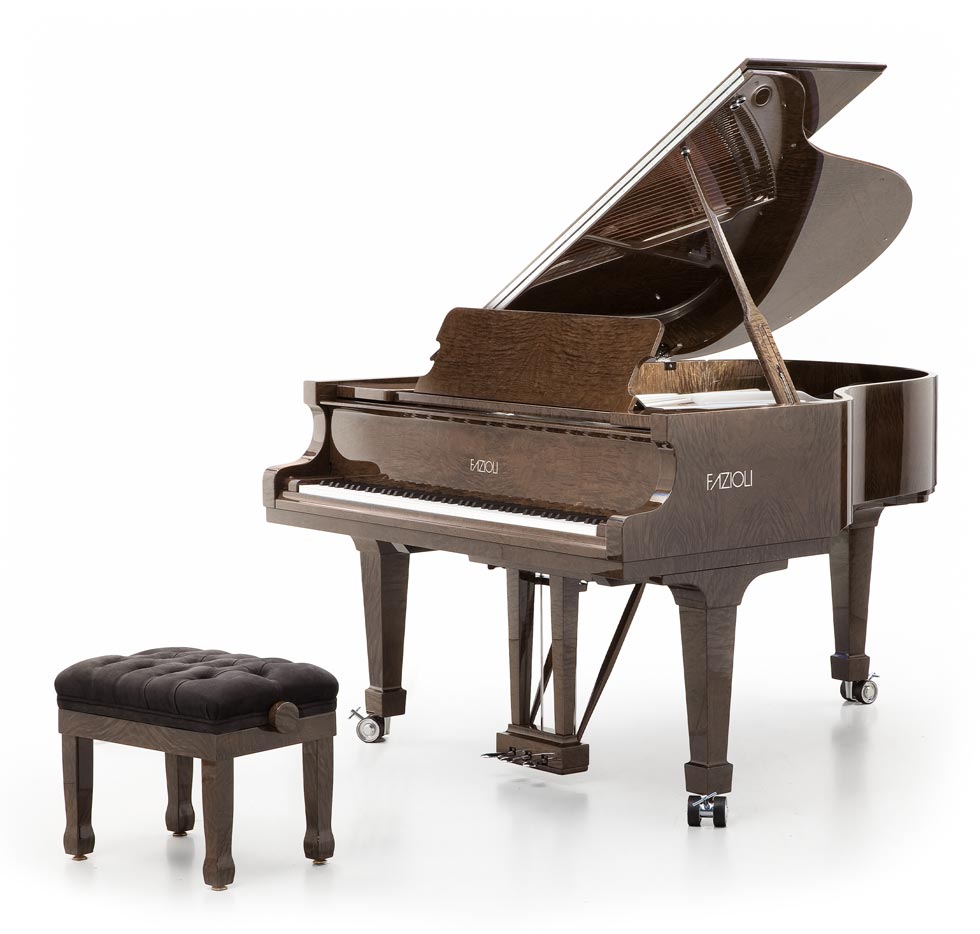 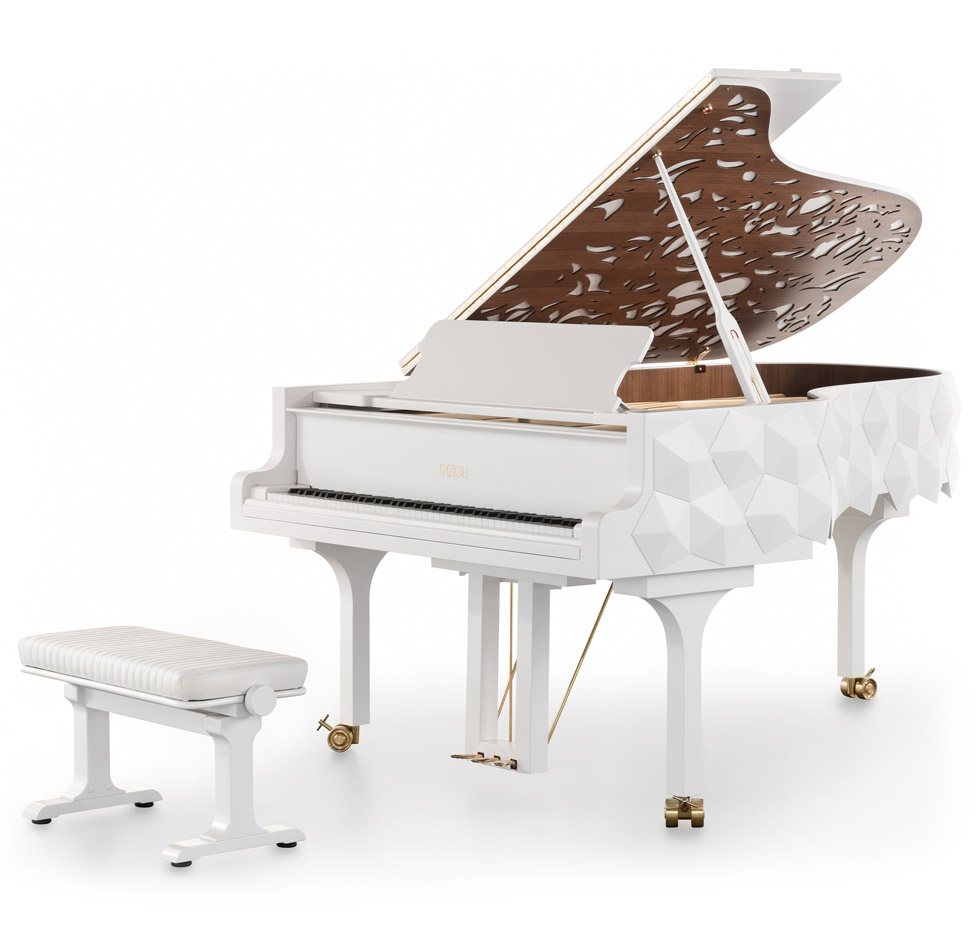 Fazioli Pianoforti has been producing grand and concert grand pianos since 1981, when the company was founded by the engineer and pianist Paolo Fazioli. Passion for music, great artisanship, continuous technological research and strict material selection: these are the elements required for building a Fazioli piano. Fazioli refuses any industrial approach to manufacturing and pursues the objective of uncompromised quality. The factory is located in Sacile, in the Province of Pordenone (60 km Northeast of Venice) in an area boasting an ancient and prestigious tradition in the art of woodworking. 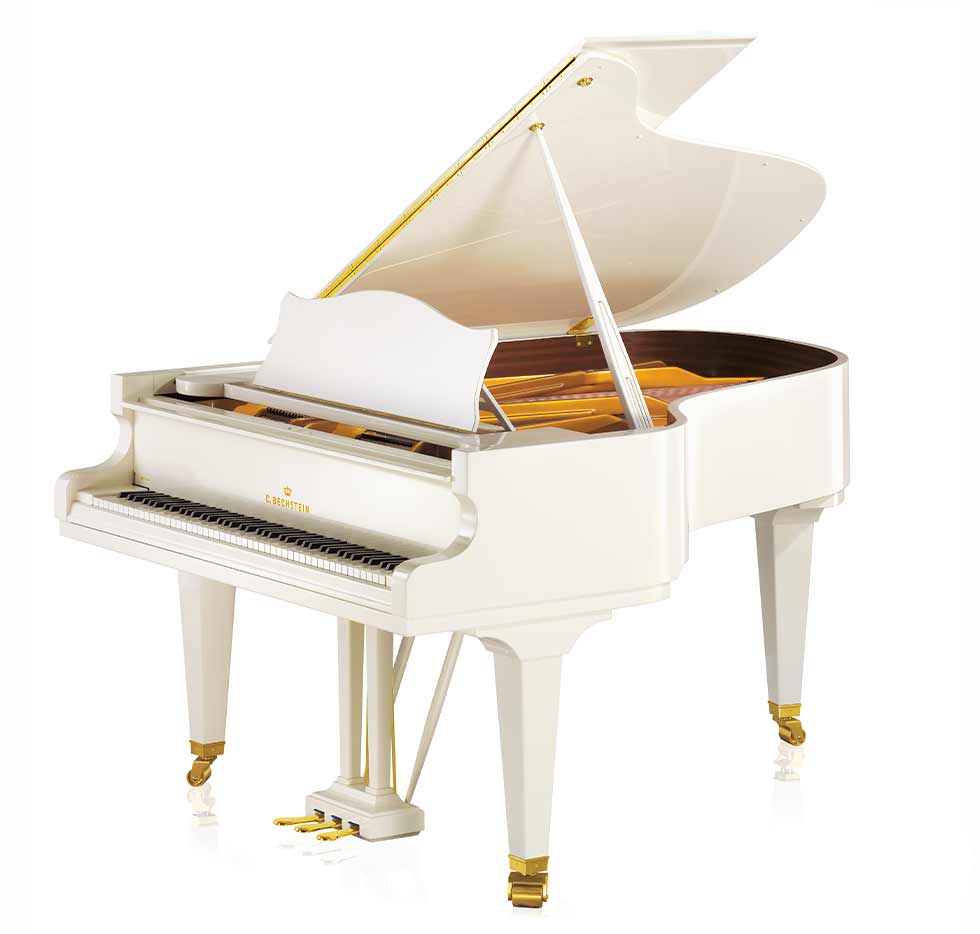 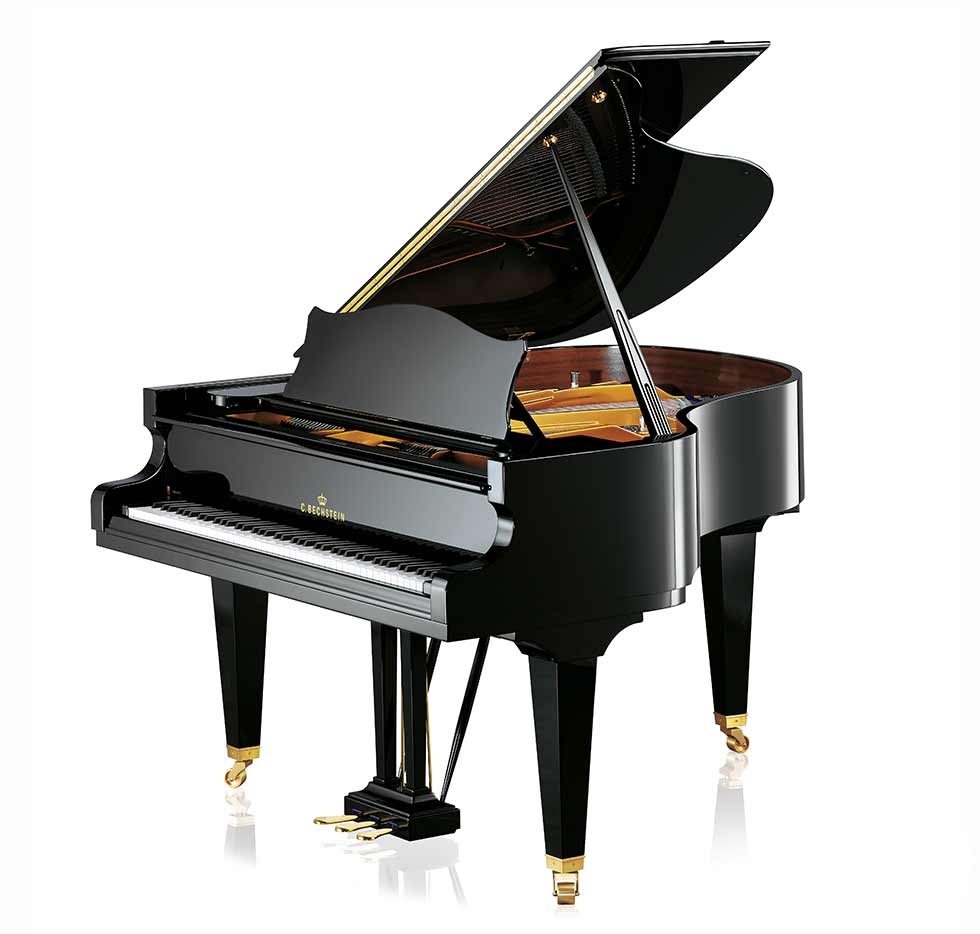 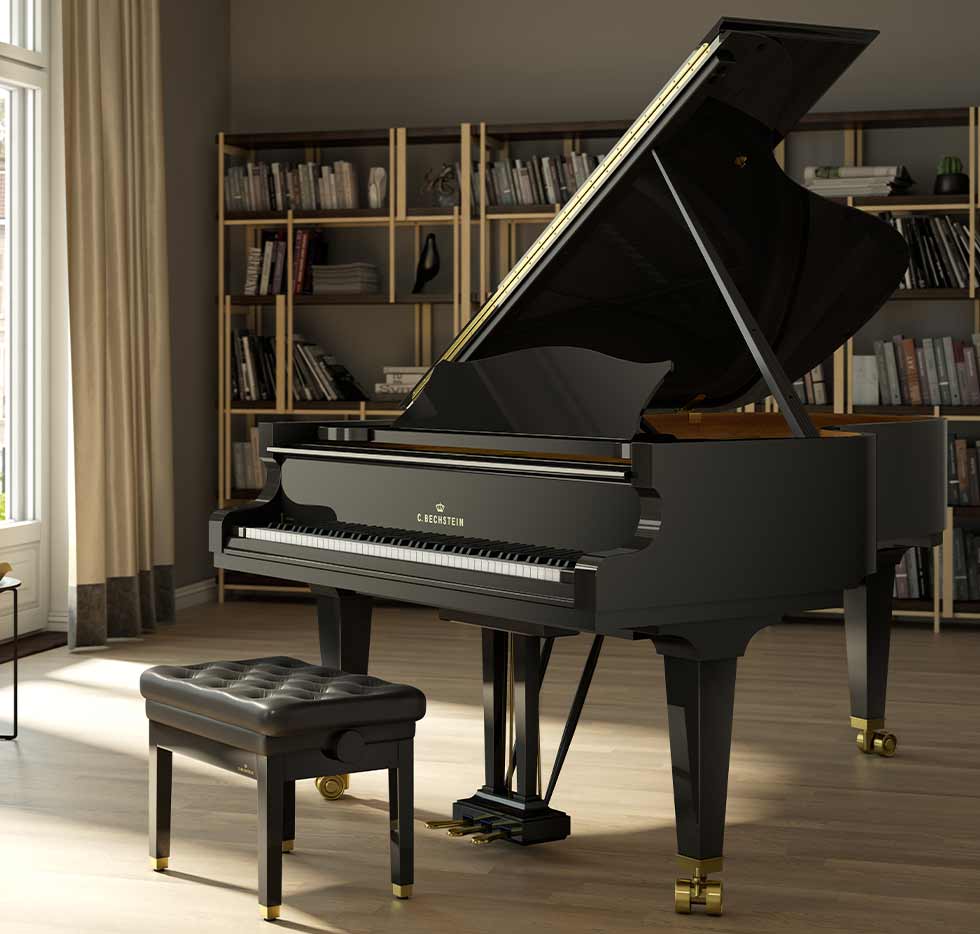 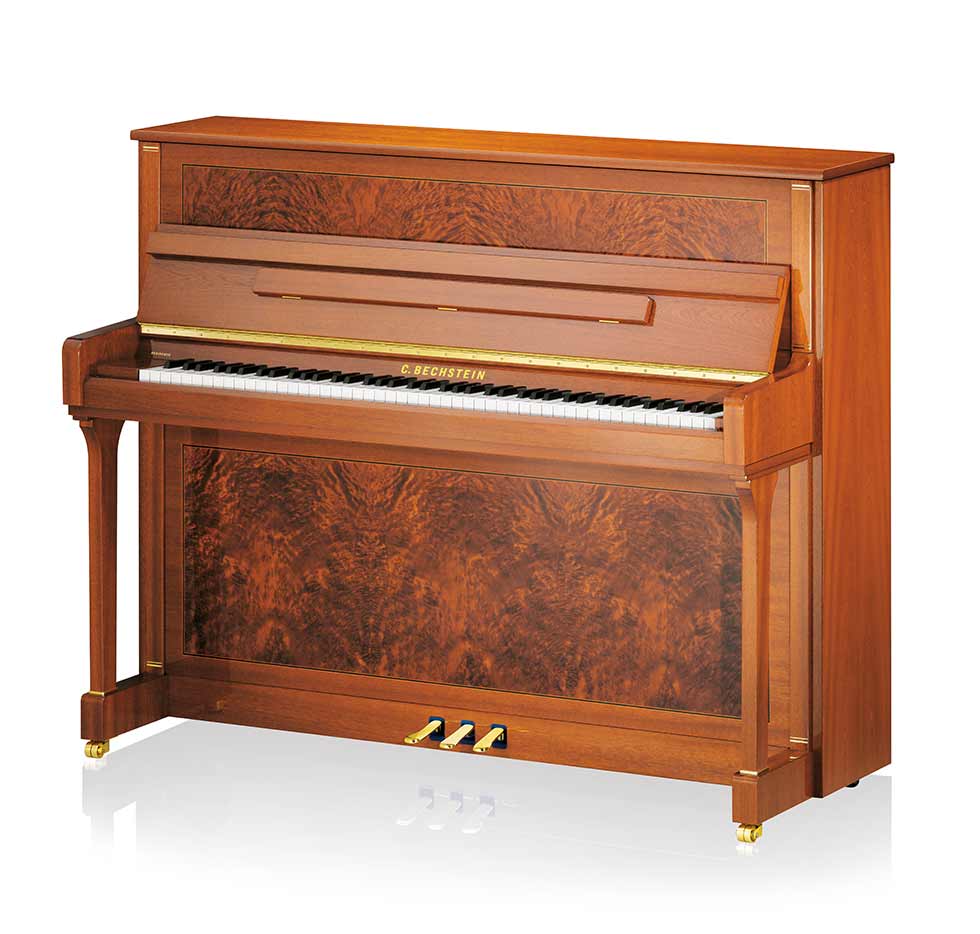 Today, Bechstein boasts its sixth generation of engineers, tone specialists, piano makers, and other specialists in the fields of finishing, wood working and metal processing, all of them contributing to the further development of the company that Carl Bechstein founded in Berlin in 1853. This visionary piano-maker succeeded, from the outset, in producing fine instruments with a singing tone that fascinated great pianists and composers, thus cultivating the brand loyalties of artists and music fans the world over.

The expertise required to create pianos with outstanding sound is a heritage that now lives on at the Seifhennersdorf, Germany production site. A team of 150 top craftsmen and technicians, old and young, pass on their skills and knowledge to each succeeding generation of piano-makers. The expertise gained from tradition, experience and the latest research into materials and innovative processing technology goes into improving the action assembly and the famous Bechstein sound. 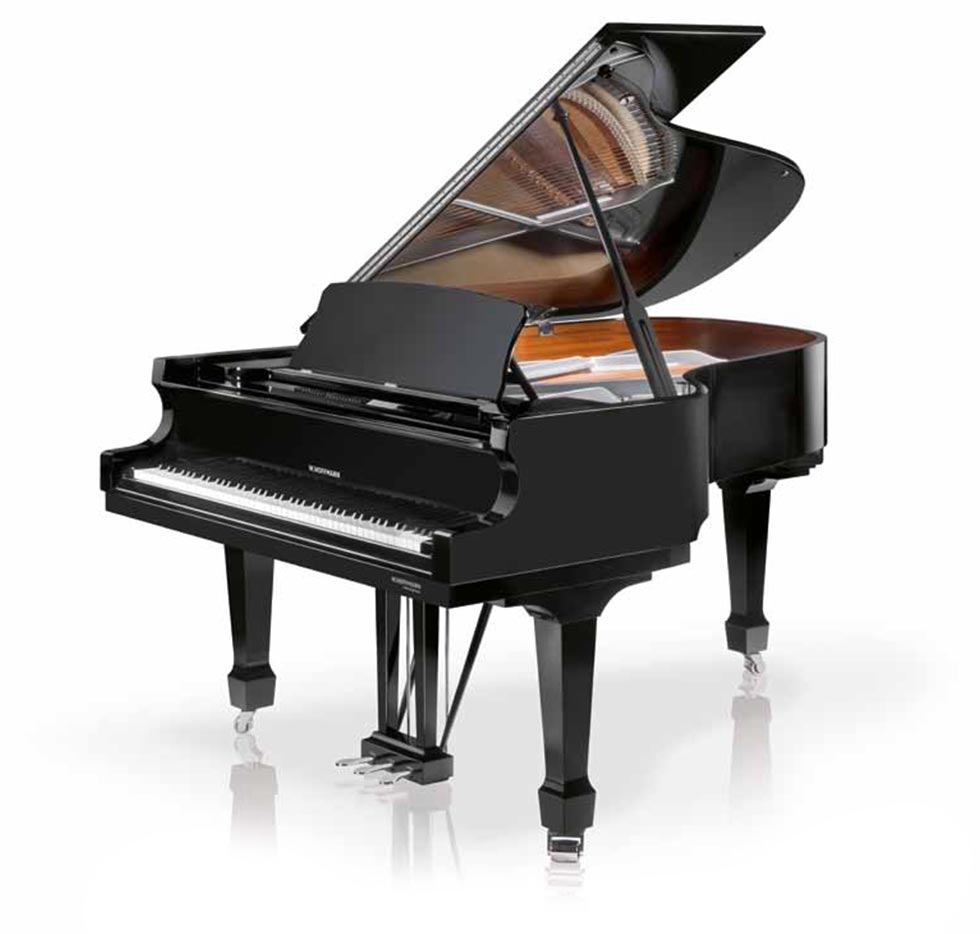 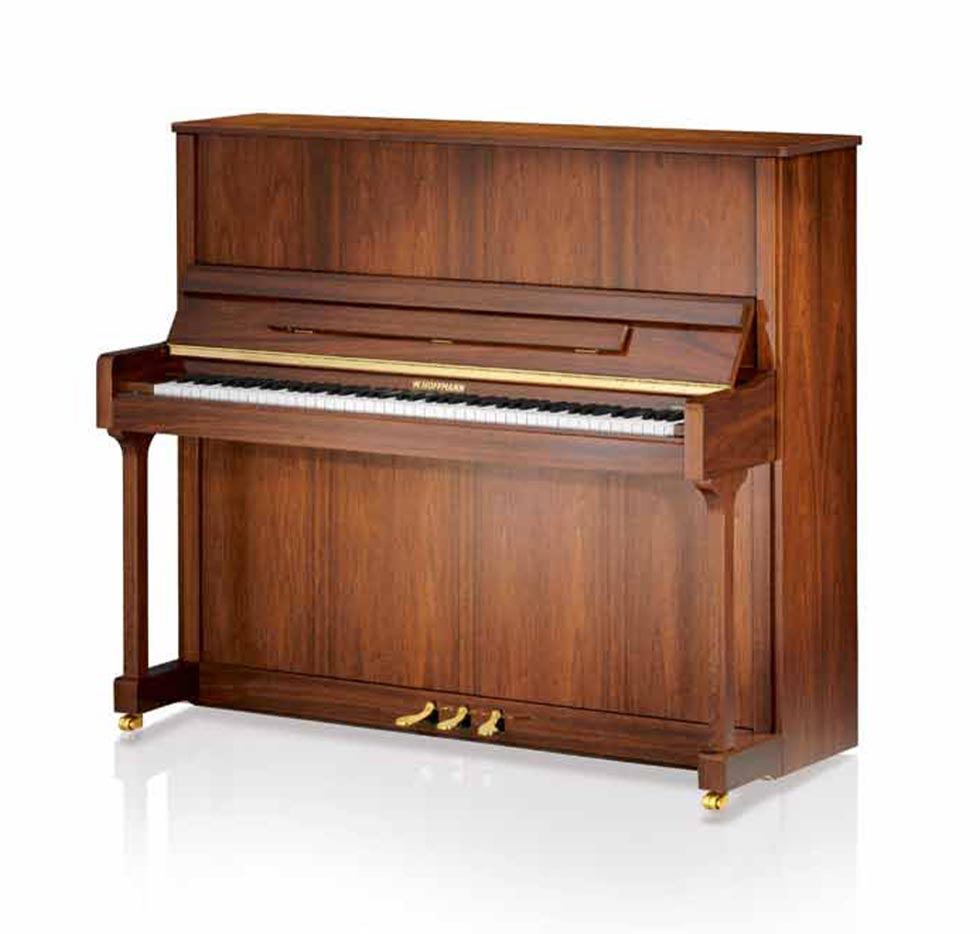 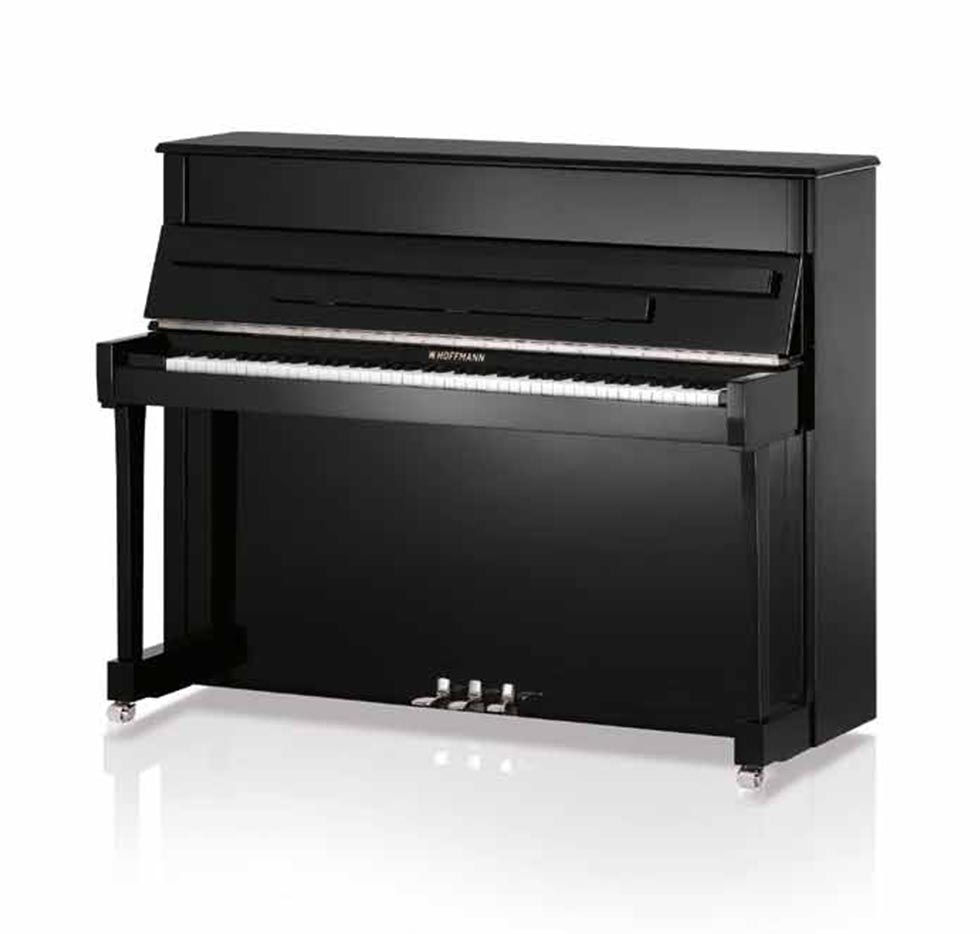 W. Hoffmann — European Quality Standards at an Affordable Price.
C. Bechstein manufactures these competitive pianos at its European production site located in the Czech Republic. The manufacturing processes integrate traditional craftsmanship and efficient management. You can choose among three product lines: Professional, Tradition and Vision. All are covered by a five-year warranty provided by C. Bechstein Europe. 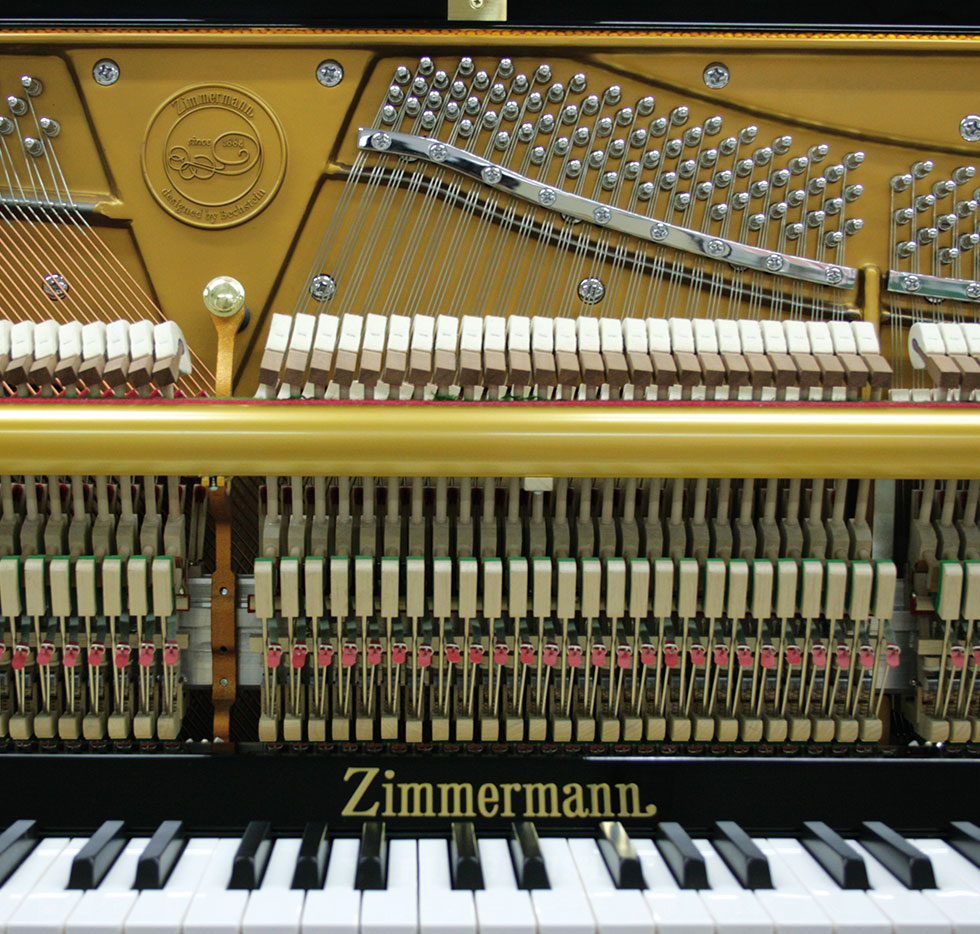 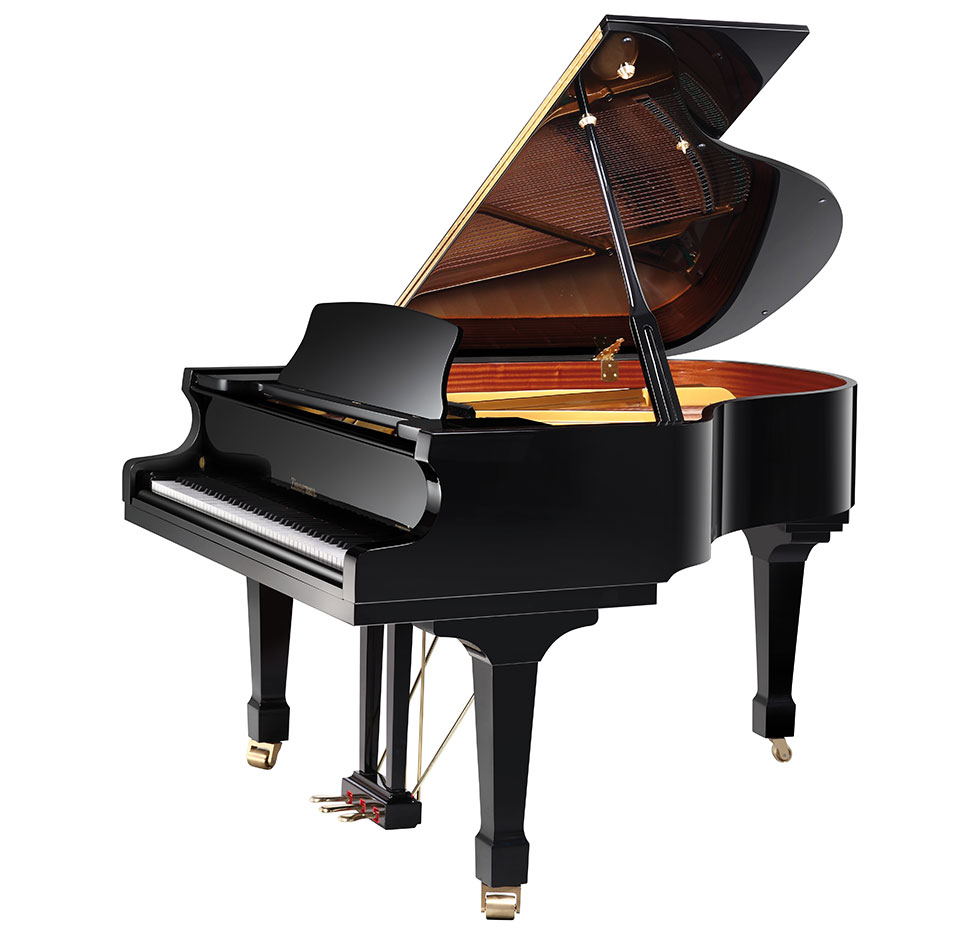 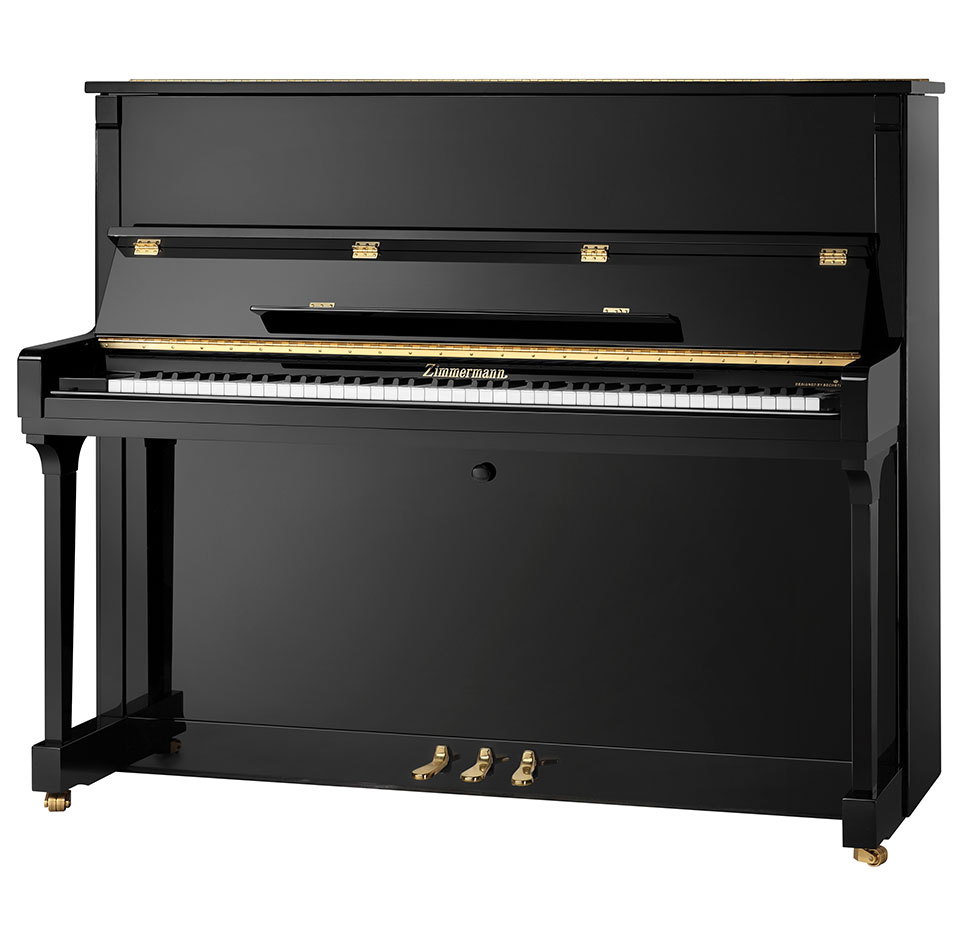 Zimmermann upright and grand pianos offer reliable quality to pianists in search of instruments at very affordable prices. Enter the world of the piano in confidence! Designed in Germany to the specifications of the C. Bechstein R&D department, Zimmermann instruments clearly incorporate European quality standards and adhere to stringent quality management.

Friedrich Grotrian was born in 1803 in Schöningen, Germany, and as a young man lived in Moscow, where he ran a music business and was associated with piano manufacturing. Later in life, he partnered with C.F. Theodor Steinweg, son of Heinrich Steinweg, to build pianos. Heinrich emigrated to the U.S. about 1850, soon to establish the firm of Steinway & Sons. Theodor followed in 1865, selling his share in the partnership to Wilhelm Grotrian, son of Friedrich, who died in 1860. Thereafter, the firm became known as Grotrian-Steinweg. (In a legal settlement with Steinway & Sons, Grotrian-Steinweg agreed to use only the name Grotrian on pianos sold in North America.) Even as early as the 1860s, Grotrian pianos were well known and highly respected throughout Europe. Each successive generation of the Grotrian family maintained the company’s high standards and furthered the technical development of the instrument.  Today, a member of the sixth generation of the Grotrian family is a shareholder, and will continue to participate in managing the company, making Grotrian the oldest, family-run piano company in existence.

Grotrian Pianos concentrate on the handmade production of instruments made of fine materials, exclusively in the parent plant in Braunschweig, Germany.  Grotrian pianos boast the BVK, Made in Germany Certification, adhering to strict guidelines. 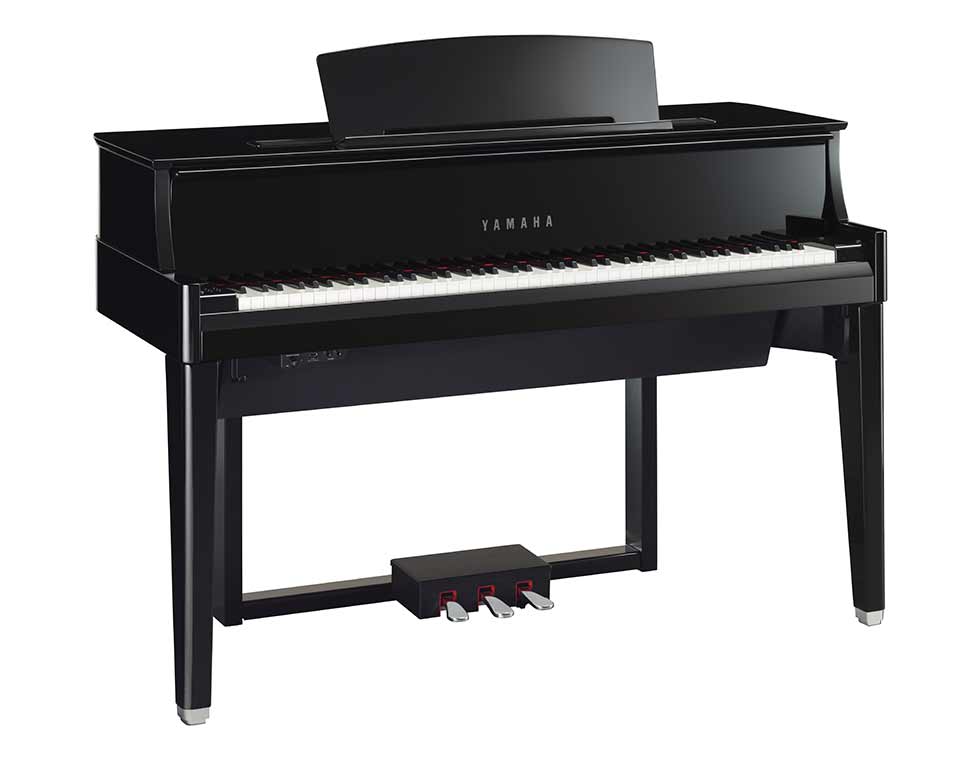 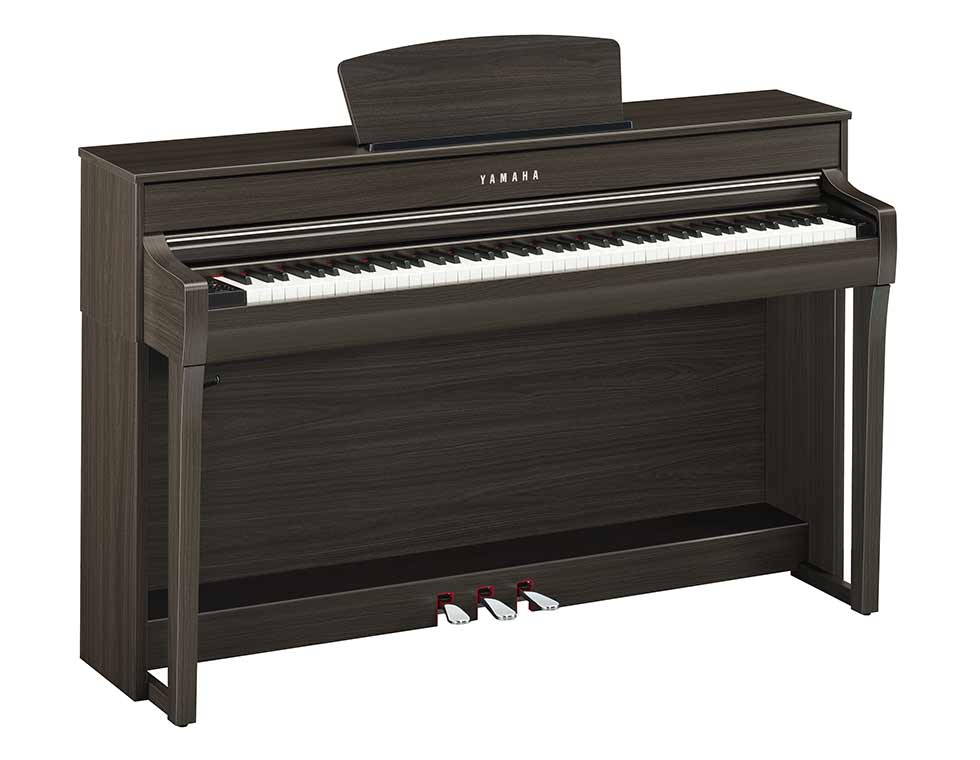 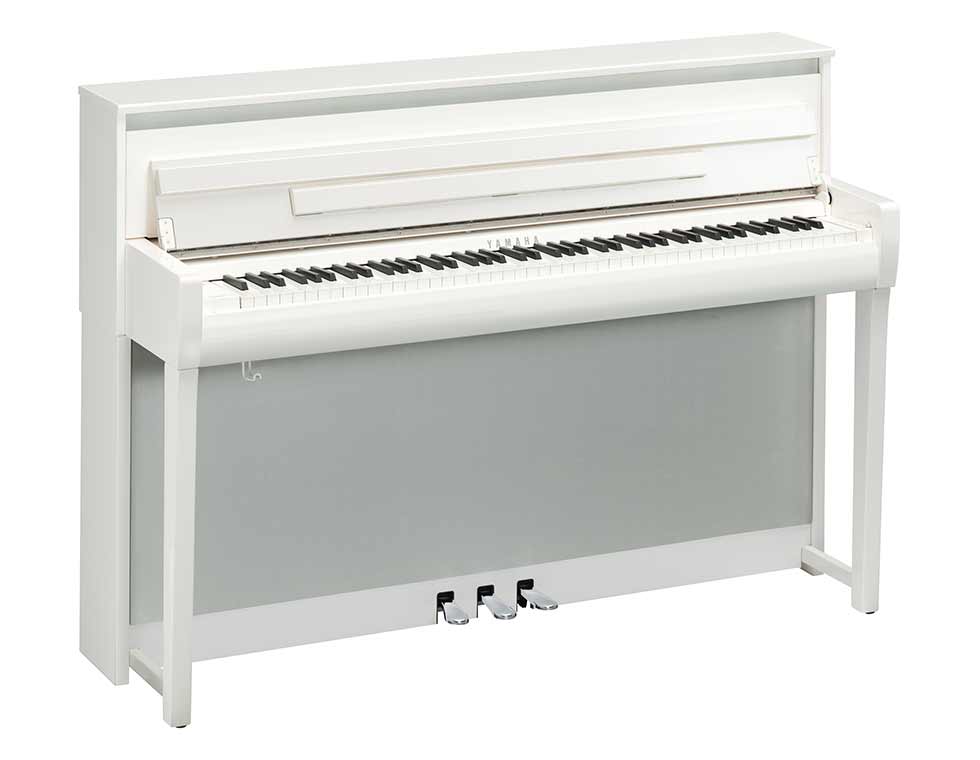 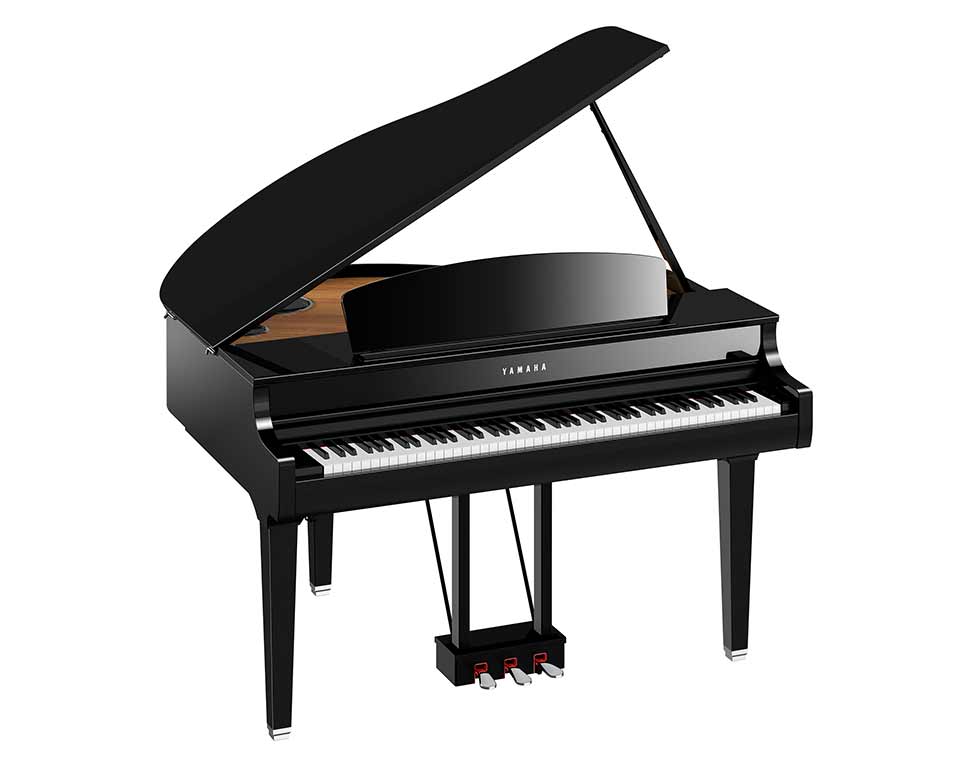 The world’s largest producer of musical instruments and most trusted name, Yamaha leads the way in research and development in its digital and hybrid piano lines, bringing you the most authentic sounds and piano touch and feel. The Clavinova line has been around since 1983 and today, boasts the broadest product range of any manufacturer.  Then, a few years ago, Yamaha introduced its AvantGrand hybrid piano.  A hybrid piano combines electronic, mechanical, and/or acoustical aspects of both acoustic and digital pianos, in order to improve or expand the capabilities of the resulting instrument. There’s so much to explore in this fascinating world – come see for yourself! 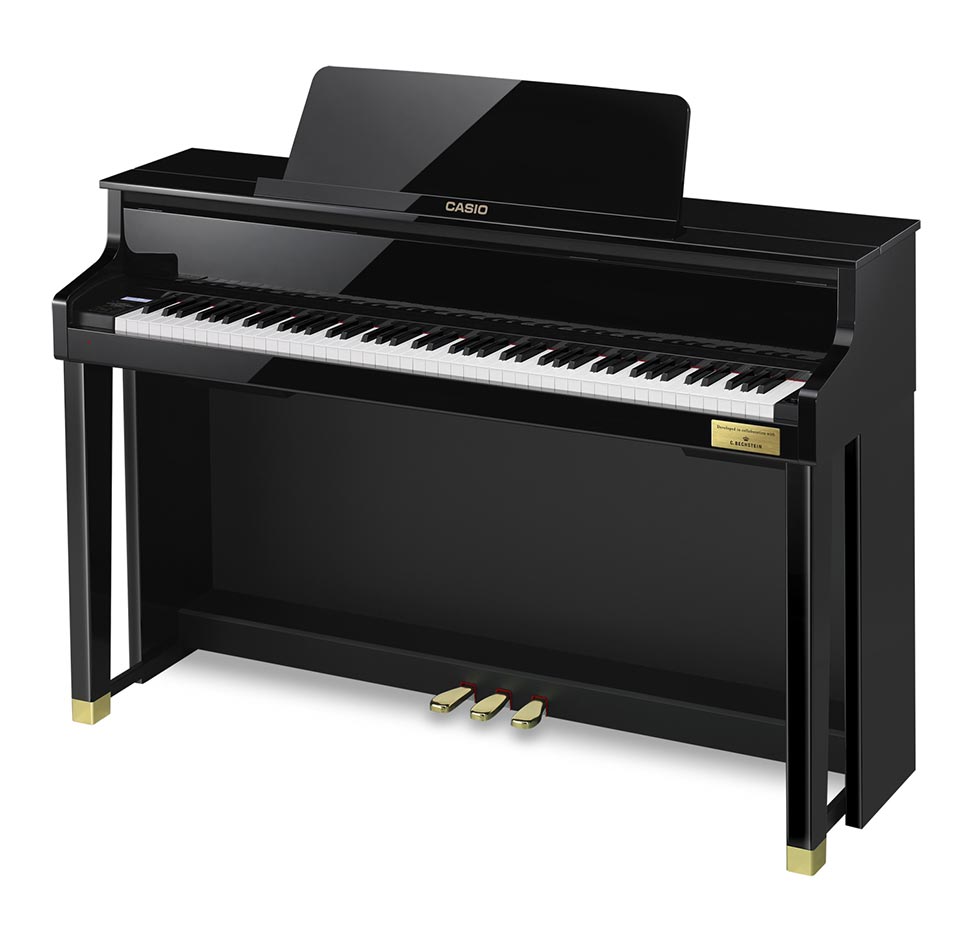 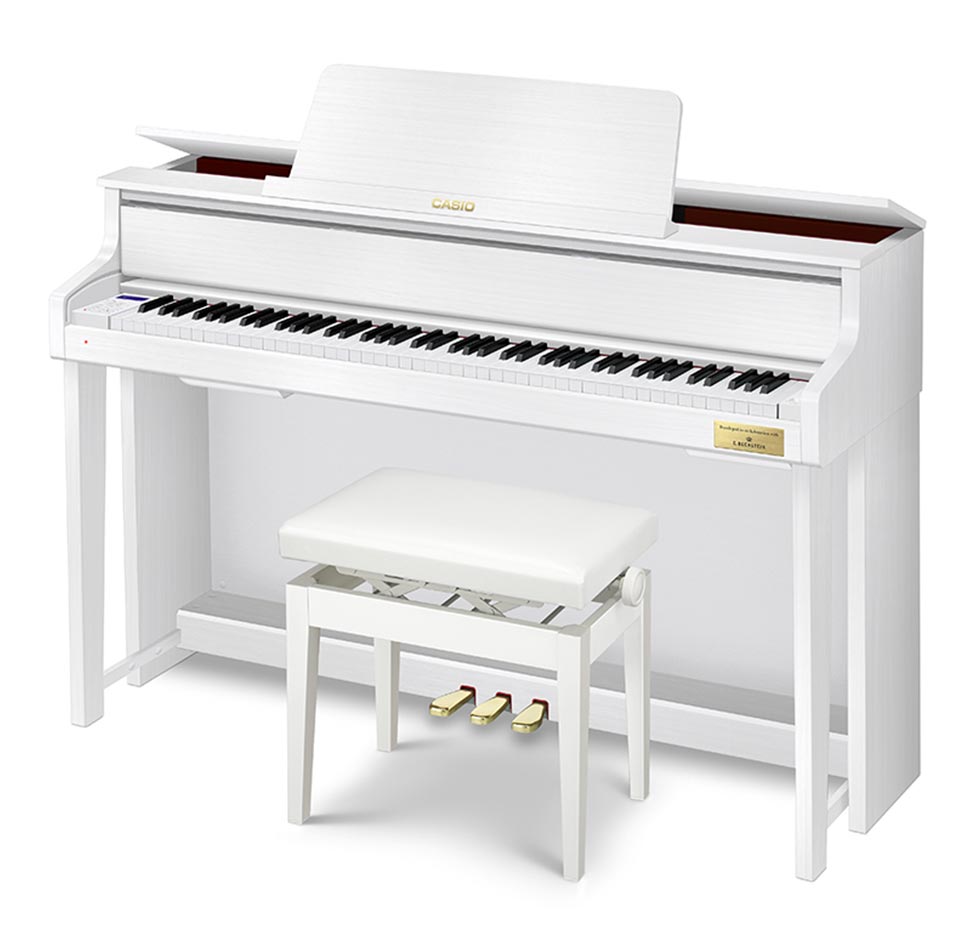 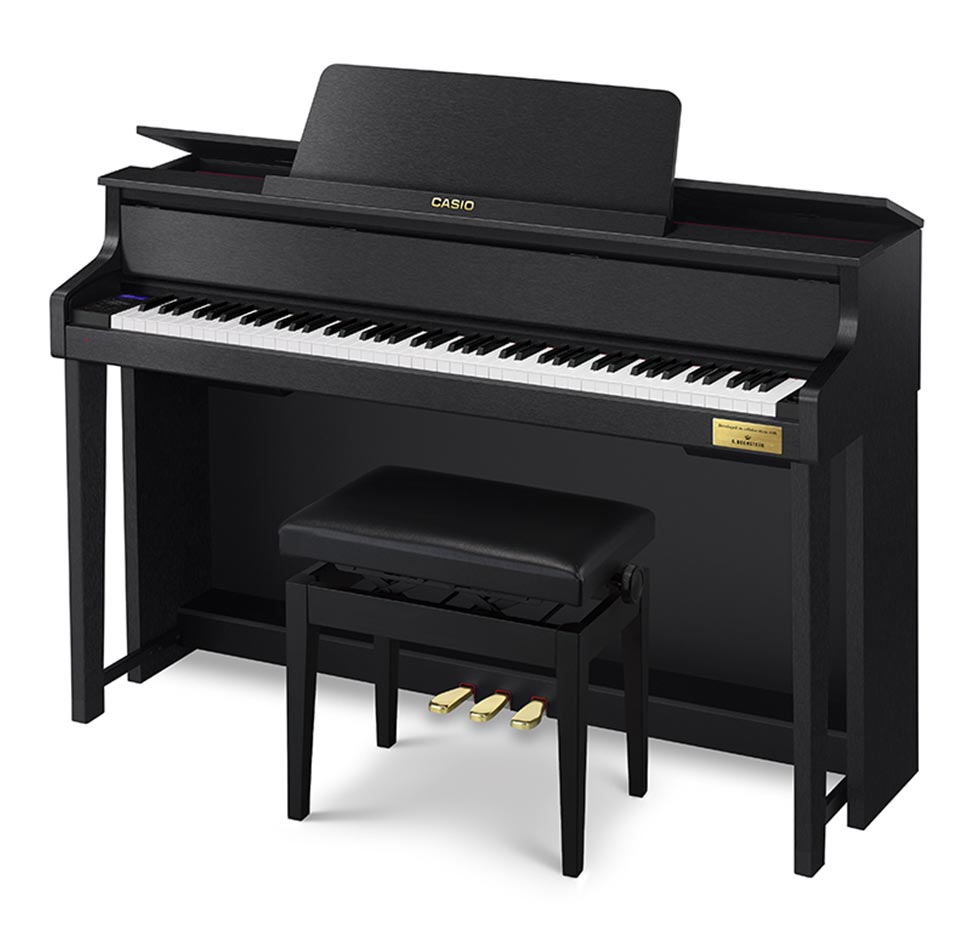 In collaboration with C. Bechstein pianos, Casio has developed music technology that recreates the piano experience with their Celviano Grand Hybrid series.  They have incorporated tones from three, world-famous grand pianos, a keyboard system that employs the same materials and dynamic mechanisms as grand pianos and a sound system that delivers the rich, natural tone quality of a grand piano.  The revolutionary Natural Grand Hammer Action keyboard is made with full-length, wooden keys. Its mechanism incorporates real hammers that follow the same path of motion as a concert grand piano.  Experience these new hybrid pianos today.

Due to the on-going Covid-19 health restrictions, please note that we are open by-appointment between our regular business hours of 10 a.m. – 6 p.m. Mondays through Saturdays.

Please call (403) 246-7517 or e-mail info@michaellipnicki.com to arrange your appointment or curb-side pick up of piano humidifier supplies.  Thank you.